Far Horizons first visited Saudi Arabia in 2005. Since then several tours have been offered – with mixed success. In all cases the difficulty has been in obtaining a visa to enter this reclusive Islamic nation.

Earlier in 2018 a new visa scheme was introduced that provides a streamlined process to obtain tourist visas for foreigners travelling in designated groups.

Crown Prince Mohammed Bin Salman, keen on moving the nation’s economy away from a dependence on oil, is the driving force behind Saudi Arabia’s new-found commitment to its tourism and leisure industry. The prince is supported by members of the House of Saud, including Prince Sultan bin Salman, head of the Saudi Commission for Tourism and National Heritage (SCTH).

The growing emphasis on tourism happens at a time when Saudi Arabia is changing. February 2018 marked the one-year anniversary of the conservative country allowing female-only gyms.

Since June 2018 women have been permitted to drive cars, female gyms have opened, and the government has announced plans to end a 35-year ban on cinemas.

From Dammam we travel by road to Al Hofuf and Riyadh then journey around the fringes of the Al Nafud desert to the petroglyphs of Jubbah, the ‘standing stones’ of Rajajil, fortress of Qasr Zaabal, and the remarkable stone tombs of the ancient Nabataeans at Madain Saleh. We then fly from Medina to Jeddah and drive south along the Red Sea coast to Taif, the stone villages of Al Bahah, Abha and from Jazan we take a boat cruise to Farasan Island before returning to Jeddah at the end of the tour.

Limited vacancies remain on this tour and visa processing will take longer than usual, so act now to avoid disappointment. 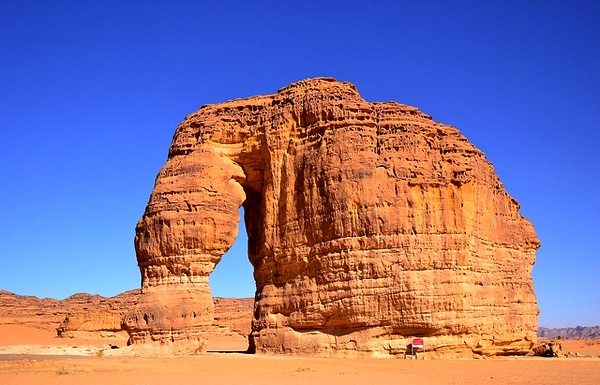